This observational studies and identified the populations and regions most at risk for suboptimal cardiac rehabilitation. 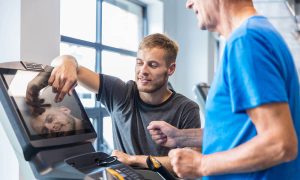 According to the researchers, although outpatient cardiac rehabilitation has been shown to improve health outcomes among patients who have heart failure, have suffered heart attacks or have undergone a cardiac procedure such as coronary artery bypass surgery, about 1.3 million U.S. adults with heart disease may qualify for cardiac rehabilitation (this number does not include those with qualifying heart failure).

“Cardiac rehabilitation has strong evidence demonstrating its lifesaving and life-enhancing benefits, and Medicare Part B provides coverage for the program. However, participation in cardiac rehabilitation programs remains low among people covered by Medicare,” said lead study author Matthew D. Ritchey, P.T, D.P.T., O.C.S., M.P.H., a researcher at the Centers for Disease Control and Prevention’s Division for Heart Disease and Stroke Prevention, in a statement issued January 14, 2020. “The low participation and completion rates observed translate to upward of 7 million missed opportunities in this study to potentially improve health outcomes if 70 percent of them covered by Medicare who had a heart attack or acute heart event or surgery participated in cardiac rehabilitation and completed 36 sessions,” says Ritchey.

The study’s findings also indicated that over half of the cardiac rehab eligible patients had less than 5 comorbid conditions.Non-Hispanic whites also had the highest participation rate at about 26 percent, versus 16 percent for Asians, 14 percent for non-Hispanic blacks and 13 percent for Hispanics.

“Improving awareness of the value of cardiac rehabilitation, increasing referral of eligible patients and reducing system and patient barriers to participation are all critical steps in improving the referral, enrollment and participation rates, which, in turn, can improve patient outcomes,” adds Ritchey. “For example, the Agency for Healthcare Research and Quality, recently launched the TAKEheart initiative to implement automatic referral processes with care coordination to increase cardiac rehabilitation referrals, enrollment and retention across hundreds of hospitals. Each of these programs are important building blocks for continued improvement for patients,” he says.

Ritchey stated, “It is also important to improve the capacity within existing cardiac rehabilitation programs and to address shortages in available programs, especially in rural areas. One strategy for addressing these shortages could be to increase the use of home-based or tele-cardiac rehabilitation, which have been shown to achieve similar health outcomes as compared to center-based rehabilitation care.”