Patients diagnosed with peripheral arterial disease (PAD) should be given the option of pain-free exercise, suggests the findings of a recent study published in the European Journal of Preventive Cardiology, a journal of the European Society of Cardiology (ESC).

According to the ESC article published June 20, around 200 million people worldwide have PAD, where arteries in the legs are clogged, restricting blood flow to the legs and raising the chances of stroke and heart attack. Smoking, diabetes, high blood pressure, and high cholesterol all increase the risk of PAD. Around 30 percent of patients have pain and cramping in their legs when they walk – referred to as intermittent claudication. 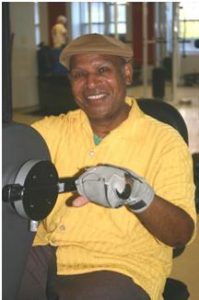 The researchers say that exercise has been a cornerstone of PAD management, combined with smoking cessation, having a healthy diet, and losing weight.  Exercise improves symptoms, mobility and quality of life.

“For many years the standard exercise prescription for patients with PAD has been to walk toward, and push past, moderate to severe pain,” said study author Edward Lin, of the University of Toronto, Canada in a statement announcing the publication of his research findings. “Research has shown that this approach improves walking distance and quality of life. Naturally if you force patients to walk past their pain thresholds and continue to do so, they’re going to get better at walking,” notes Lin.

But Lin adds: “Many patients with PAD exercise very little or not at all. It has been suggested that the pain component of conventional exercise programs is a deterrent. More recent studies have shown that pain-free forms of exercise are equally effective, but patients are not always given the option,” he says.

Lin’s study compiled the best evidence and compared completion and adherence rates between traditional versus alternative exercise programs of at least four weeks duration. The researchers defined completion as the proportion of participants who finished the programmed, while adherence was the percentage of exercise sessions done.

In the study, traditional programs consisted of walking until moderate to severe pain was induced, resting until the pain subsided, then repeating the process. Alternative exercises included walking without pain, arm ergometer (an exercise bike for the arms), resistance training, circuit training, lower limb aerobic exercise, and walking with poles.

“Pain played a major role in the completion and adherence rates,” said Lin. “Walking to pain is effective, but only if patients actually do it. Many clinicians and vascular surgeons still prescribe this type of exercise, but it’s important to consider other types of activity, which have also been shown to work,” he said.

Finally, Lin noted that there is insufficient referral of patients with PAD to cardiac rehabilitation and prevention programs. An individualized exercise plan that patients are more likely to follow should be developed, considering their preferences for exercise and potential barriers.

“Pain is not a necessary part of exercise for patients with peripheral arterial disease,” said Lin. “If patients prefer not to walk to pain, they can be encouraged to do pain-free exercise they enjoy. This should increase the likelihood of maintaining long-term physical activity,” he added.