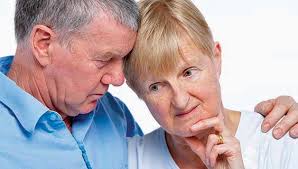 Last Month, the Chicago-based Alzheimer’s Association releases its 2019   Alzheimer’s Disease Facts and Figure. Since 2007, this report has become the most recognized and valued source of information on an array of Alzheimer’s issues for state and government policy makers, health care providers and caregivers.

Like previous years, the 2019 Alzheimer’s Facts and Figures report provides the reader with an in-depth look at the latest national and state-specific statistics on Alzheimer’s prevalence, incidence, mortality, costs of care and impact on caregivers. But this year’s report also examines awareness, attitudes, and utilization of brief cognitive assessments among seniors age 65 and older and primary care physicians.

Researchers found that among both seniors and primary care physicians there is prevalent understanding of the benefits of early detection of cognitive decline and the importance of brief cognitive assessments. In fact, 82 percent of seniors believe it is important to have their thinking and memory checked, and 94 percent of the primary care physicians surveyed consider it important to assess all patients age 65 and older for cognitive impairment

But, the Alzheimer’s Disease 2019 Facts and Figures report notes that only half of seniors are being assessed for thinking and memory problems, and much fewer receive routine assessments.

A brief cognitive assessment is a short evaluation for cognitive impairment performed by a health care provider that can include asking a patient about their cognitive concerns, directly observing a patient’s interactions, seeking input from family and friends or using short verbal or written tests administered easily in the clinical setting. An evaluation of cognitive function is a required component of the Medicare Annual Wellness Visit, but findings from this report show that only 1 in 3 seniors are aware these visits should include this cognitive assessment.

Including Cognitive Assessments in Exams

“While it’s encouraging to see that the vast majority of seniors and physicians understand the value of brief cognitive assessments, we’re still seeing a significant gap in those that actually pursue, perform or discuss these assessments during routine exams,” said Joanne Pike, Dr.Ph., chief program officer for the Alzheimer’s Association, in a March 5 statement when the annual report was released. “Early detection of cognitive decline offers numerous medical, social, emotional, financial and planning benefits, but these can only be achieved by having a conversation with doctors about any thinking or memory concerns and through routine cognitive assessments,” she said.

The latest Facts and Figures report also reveals a disturbing disconnect between seniors and primary care physicians regarding who they consider to be responsible for initiating these assessments and reticence from seniors in discussing their concerns.

The survey found that while 51 percent of the older respondents are aware of changes in their cognitive abilities — including changes in their ability to think, understand or remember — only 40 percent have ever discussed these concerns with a health care provider, and fewer than 15 percent report having ever brought up these concerns on their own.

Instead, 93 percent of the older survey respondents say they trust their doctor to recommend testing for thinking or memory problems when needed. Yet 47 percent of primary care physicians say it is their standard protocol to assess all patients age 65 and older for cognitive impairment. However, only 26 percent report having a physician ever ask them if they have any concerns about their cognitive functioning without seniors bringing it up first.

“The findings indicate there are missed opportunities for seniors to discuss cognitive concerns and problems in the exam room,” said Pike. “We hope the report will encourage seniors and physicians both to be more proactive in discussing cognitive health during the Medicare Annual Wellness Visit and other routine exams,” she said.

Nearly all physicians said the decision to assess patients for cognitive problems is driven, in part, by reports of symptoms or requests from the patients themselves, family members and caregivers. Physicians who choose not to assess cognition cite lack of symptoms or complaints from a patient (68 percent), lack of time during a patient visit (58 percent) and patient resistance (57 percent).

In addition, most physicians say they welcome more information about assessments, including which tools to use (96 percent), guidance on next steps when cognitive problems are indicated (94 percent) and steps for implementing assessments efficiently into practice (91 percent).

“The Alzheimer’s Association is working to help educate physicians on best practices for conducting brief cognitive assessments and to ensure that all seniors understand what to expect from an assessment, as well as how to navigate an Alzheimer’s diagnosis and care planning when needed,” adds Pike. “As the number of individuals living with Alzheimer’s continues to increase, we need to detect the disease early and give individuals the best opportunity to plan for the future,” she said.

An estimated 5.8 million Americans are diagnosed with Alzheimer’s dementia in 2019. In New York, 400,000 people are affected with this devastating cognitive disorder. By 2025 — just six years from now — the number of people age 65 and older with Alzheimer’s dementia is estimated to reach 7.1 million.  By this year, the number of New Yorkers diagnosed with the cognitive disorder will reach 460,000.

According to Facts and Figures, in 2015, in New York there were 3,174 deaths from Alzheimer’s and 7,539 of patients in hospice had a primary diagnosis of dementia.

Total national cost of caring for those with Alzheimer’s and other dementias is estimated at $290 billion (not including unpaid caregiving) in 2019, of which $195 billion is the cost to Medicare and Medicaid; out-of-pocket costs represent $63 billion of the total payments, while other costs total $32 billion. In New York, the cost to the state’s Medicaid program is over $ 4.83 billion, this amount predicted to increase by 28.4 percent by 2025.