On September 3, 2019, the Bethesda, Maryland-based National Institutes of Health (NIH) announced that it has called on researchers to make the standards and practices for conducting early stage, or preclinical, medical research on animals more like those used for clinical trials. To facilitate these research design changes, the NIH will provide $ 4 million over three years in funding to a nationwide preclinical trial platform designed to systematically and efficiently test novel for acute ischemic stroke in rodents. 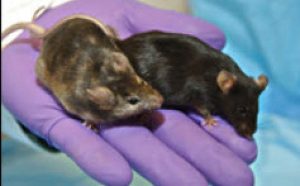 NIH says that seven labs will work together, as part of the Stroke Preclinical Assessment Network (SPAN), to employ rigorous, clinical research practices, like randomization and blinding, while assessing the effectiveness of six potential neuroprotective therapies in reducing ischemic brain injury.

“Our primary goal is to identify the most promising treatments for testing in patients with clinical trials,” said Walter J. Koroshetz, M.D., director of NIH’s National Institute of Neurological Disorders and Stroke which supports SPAN, in a September 3, 2019 statement announcing this new funding initiative. “In the long term, we hope that this approach will increase the chance of success in pairing a brain saving treatment with the current practice of clot removal used to treat patients with potentially fatal or disabling stroke,” he says.

According to NIH, the term “preclinical” refers to an early stage of medical research in which scientists working in labs explore the causes of diseases and novel ideas for treatments, often by recreating or modeling diseases in animals such as mice and rats. Over the past few decades this type of research has expanded in all areas of medicine including stroke.

Ischemic stroke, a leading cause of disability and the fifth leading cause of death in the United States, happens when an artery in the brain becomes blocked, often by clots, and blood flow is stopped. Strokes can leave survivors with a variety of challenges including partial paralysis of the face and limbs, pain and speech and thinking problems.

The NIH statement noted that current medical treatments aim to remove clots either by dissolving them with injections of the blood thinner tissue plasminogen activator or by direct extraction from the blocked blood vessel. While both treatments help patients recover, preclinical studies have suggested that there are several therapies that could potentially protect the brain against damage that occurs prior to or during successful reopening of the blocked blood vessel. However, it is not known whether any of these therapies will work in humans and many industry-funded trials failed during the 1990s before effective clot removal became a common treatment, says the statement..

“While we’ve made lot of progress in helping patients recover from ischemic strokes, studies in the lab suggest we can do more,” says Patrick D. Lyden, M.D., the Carmen and Louis Warschaw Chair in Neurology at Cedars Sinai Medical Center, Los Angeles, and the principle investigator of the coordinating center of the SPAN trial. “Over the years several labs have shown that therapies used for other diseases could also be repurposed to help patients recover from an ischemic stroke attack,” he says.

Recent studies have shown that most promising preclinical ideas for treating strokes and other diseases often cannot be replicated in other labs and fail when researchers try to test or translate them into treatment for humans. To address these concerns, NIH has worked with scientific journals on a project called  Rigor and Reproducibilityto make standards for publishing preclinical research results more like those used for clinical trials.

“This SPAN trial will take the principles laid out in NIH’s Rigor and Reproducibility guidelines one step further,” said Francesca Bosetti, Ph.D., Pharm. D., program director, NINDS. “The network will use clinical trial practices and standards to search for the neuroprotective stroke therapies that have the greatest potential for working in humans,” he adds.

Testing the Effectiveness of Six Therapies for Protecting the Brain

Specifically, NIH says that the SPAN researchers will test the effectiveness of six therapies for protecting the brain before and during clot removal after an ischemic stroke. The therapies have been approved by the U.S. Food and Drug Administration for treating other diseases, such as cancer and multiple sclerosis. All the experiments will be performed on rodents using the transient middle cerebral occlusion model of ischemic stroke. The trial will follow several critical clinical research practices such as randomization of treatments, large test sizes, blinded analysis and attempts to reproduce results in other network labs.

NIH notes that the results will help researchers decide whether any of these therapies should be examined with Phase II clinical trials, which test in patients the efficacy or expected biological effects of a new drug as well as the risk of harmful side effects.

In the future, SPAN may conduct further trials on novel treatments for stroke patients.

“These labs have produced a lot of great ideas and promising preliminary data. It is our duty to patients to develop a system that rigorously tests and translates those ideas more effectively from bench to the bedside,” adds Dr. Koroshetz.