Vitamin D deficiency is widespread in later life, with over 13 percent of community-dwelling older people afflicted with lack of the nutrient.  According to a newly released issue of JAMDA: The Journal of Post-Acute Long-Term Care Medicine, a study finds vitamin D deficiency is associated with a 75 percent increase in the likelihood of older people developing depression. 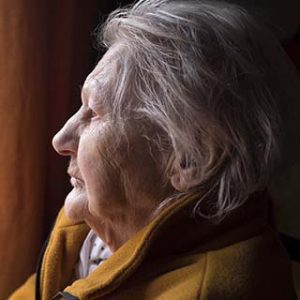 The researchers studied nearly 4,000 adults aged 50 and older.  The article, “In “Vitamin D Deficiency Is Associated with an Increased Likelihood of Incident Depression in Community-Dwelling Older Adults,” in the May 13 JAMDA, found that the 400 people with diagnosed depression had a higher likelihood of baseline vitamin D deficiency than those without depression. They noted that these significant findings remained robust even after controlling for relevant covariates such as physical activity, chronic disease burden, cardiovascular disease, and antidepressant use. However, they did find that a higher level of education was significantly associated with a reduced likelihood of depression.

The researchers believe that a direct effect of vitamin D on the brain is “an interesting potential mechanism” underpinning its relationship to depression. Alternatively, they offered the possibility that depression and vitamin D deficiency might co-exist as “markers of general poor health in later life or that their relationship may be due to reverse causality,” in that older people with depressive symptoms are likely to exhibit behaviors associated with lower vitamin D levels. At any rate, the authors say that vitamin D supplementation “confers an overall health benefit with low risk of toxicity or side effects.”

These findings are important, given the high prevalence of vitamin D deficiency among older people, say the researchers noting that the fact that supplementation confers an overall health benefit with low risk of toxicity or side effects, as well as the significant adverse effect depression can have on functional status and longevity in later life.

Another JAMDA study, “Effect of Vitamin D Supplementation on Depressive Symptoms in Patients With Knee Osteoarthritis,” published a year earlier in found that the use of supplements and an effort to maintain adequate vitamin D levels may help address depressive symptoms in knee osteoarthritis patients.