Americans underestimate the threat of heart disease and don’t understand most risk factors are controllable, according to the findings of a survey, conducted by the Cleveland Clinic Heart, Vascular & Thoracic Institute.

The Cleveland Clinic researchers also found that although heart disease is the leading cause of death in the United States, 68 percent of Americans do not know it’s the foremost killer of women. 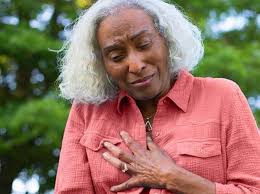 The survey findings also indicate that many Americans didn’t recognize key symptoms of heart attacks in women. Many did not know that chest pain (24 percent), shortness of breath or sweating (28 percent), pain in the neck or back of jaw (43 percent), new or dramatic fatigue (55 percent) and nausea/ vomiting (60 percent) are signs of a heart attack in females.

Confusion on How to Prevent Health Disease

There’s also a lot of confusion on what steps to take to prevent heart disease – and when to do so. The survey found that 80 percent don’t know the proper time to start getting their cholesterol tested is in their 20s and 29 percent mistakenly believing that a low-fat diet is healthiest for your heart. Only 19 percent know that the Mediterranean diet is the most heart-healthy diet.  Finally, 58 percent misguidedly believe that taking an aspirin a day is a good way to prevent heart disease.

Treatment of heart disease has come a long way in the past few decades, but we still need to work on prevention,” said Samir Kapadia, M.D., chairman of Cardiovascular Medicine at Cleveland Clinic in a January 30 statement detailing the study’s findings. “There are so many simple changes that patients and the public can make that can provide significant improvements to their cardiovascular health, notes Kapadia.

“Whether it be regarding diet, exercise or other lifestyle factors, we need to continue to educate people about how to take control of their heart health,” adds Kapadia.