Taking a Closer Look at the Data

The study’s age group, age 45 to 64, was chosen because the recent heart disease death rates was not observed among persons 20-44 (whose rate declined and continued to rise) and persons age 65 and over (whose rate continued to decline). Cancer and heart disease share many of the underlying causes, similar lifestyles, and health risks, including obesity, diabetes, hypertension and tobacco use. 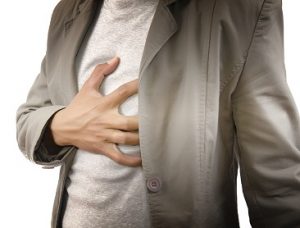 Data for this 9-page report (Volume 68, Number 5) was based on death certificates filed across the country from 1999 to 2017, collected and processed by the Hyattsville, Maryland-based National Center for Health Statistics documenting the number of deaths attributed to cancer and heart disease.  The death certificates were filled out by funeral directors, attending physicians, medical examiners and coroners.

On CDC’s May 22 ACHStats blog, Curtin explained why death rates from cancer dropped steadily over time and why death rates from health diseases are beginning to rise. “The death rates are a rate are a reflection of a few things—the prevalence of a disease, how often is occurs in the population, as well as its treatment and survival.  As this is purely a statistical analysis, others can speak to the trends in these factors.”

In this blog posting, Curtin says, “Hispanic black men, who have the highest cancer death rates, also had the largest percentage decline over the period at 34 percent,” noting that this percentage declines were greater for men than for women.”

Curtin says, since 2009, non-Hispanic white women had a 12 percent increase in heart disease death rates, the greatest of all groups.  “In total, middle-aged women had a 7 percent recent increase compared with 3 percent for middle-aged men, she adds, noting that “Hispanic women, who had the lowest heart disease death rates of all groups, had a 37 percent decline over the period, the only group to experience a decline over the entire period.”

According to Curtin, cancer treatments might an explanation of the documented increase of heart disease deaths. It is well-known in the medical community that radiation and many chemotherapies can increase the risk of subsequent heart disease.