According to a Jan. 8, 2020 blog article in PT in Motion, two new studies of bundled care models used by the Centers for Medicare and Medicaid Services (CMS) conclude that, at least for lower extremity joint replacement (LEJR), bundling is the answer. These studies make indicate that while the savings achieved through some bundled care models may not be dramatic, savings do exist but aren’t associated with a drop in quality of care. 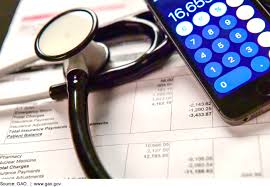 These studies, published in January 2020 issue of Health Affairs, take different approaches to examining the effectiveness of bundling programs mostly associated with CMS’ voluntary Bundled Payments for Care Improvement (BPCI) initiative: one was a systematic review that analyzed existing research on the programs, while the other took a look at hospitals data that did and did not participate in BCPI ) over a three-year period. The researchers say that the study’s conclusions, however, had much in common.

These study’s findings indicate that bundled care models for LEJR seem to be lowering overall costs without sacrificing quality, say the researchers.

The researchers found that the systematic review of data revealed that most studies that evaluated spending recorded decreases in overall post-acute care spending of between $591 and $1,960, while the hospital data researchers identified an average 1.6 percent decrease in episode spending for LEJR, that’s about $377 per patient.

But the researchers noted that neither study uncovered evidence of reduced quality outcomes, with the hospital study finding variances between BPCI and non-BPCI care for LEJR of less than 2 percent. They found that, if anything, research indicates that bundled care tends to lead to lower rates of hospital readmission, a datapoint strongly associated with quality.

However a review of these two studies did find some differences. The hospital data researchers focused solely on LEJR data, which they describe as the most common procedure associated with BPCI, while the systematic review included a bundled care model for a range of procedures. In the end, they found that bundled payment “has yet to demonstrate [benefits similar to those associated with LEJR bundling] for other clinical episodes,” including spinal fusion, shoulder arthroplasty, and cardiac surgery. Another difference between the studies: The systematic review included data from CMS’ Comprehensive Care Joint Replacement (CJR) model mandated for use in some 450 facilities across the country; the hospital data review excluded CJR facilities.

Here Are Some Take Aways

Each study offered its own takeaways, too, noted the researchers. The systematic review emphasized the effectiveness of bundling for LEJR and suggested that CMS “scale up” its bundling programs in those areas, while cautioning that more work needs to be done on bundling programs for other procedures, especially those that tend to be associated with higher baseline patient complexity. The hospital data study, focused on LEJR only, found that most of the savings associated with bundling came from early adopters (which maintained their savings over time), and less so from facilities that joined later, which “may have been less able to influence episode spending.” But that study also acknowledged that while voluntary bundling models may be subject to cherry-picking of less complex patients, data revealed that “it does not fully account for associated savings.”