In research studies, racial disparities in trauma outcomes have been documented, but little is known about racial differences in post-discharge healthcare utilization. But researchers making a presentation at the Academic Surgical Congress on January 30 – February 1, 2018 in Jacksonville, Florida, compared the utilization of post-discharge healthcare services by African-American and Caucasian trauma patients.  Their findings, published in the May 28 issue of the American Journal of Surgery, found that African Americans may face increased challenges after moderate-to-severe traumatic injuries, who on average were 36 percent less likely to use rehab services and 40 percent less likely to have outpatient visits post discharge. 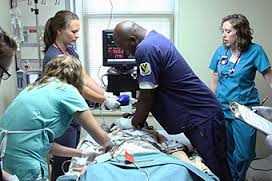 The research findings highlighting the apparent racial difference reiterates the American Physical Therapy Association’s characterization of racial and ethnic disparities as existing “across a range of illnesses and health care services.”

The researchers say they were interested in patient answers to 2 specific questions: whether they received any rehab services by way of discharge to a rehabilitation facility or skilled nursing facility, or through home or outpatient services, specifically physical therapy; and whether they received injury-related outpatient follow-up at a clinic setting. The participants also were asked about their use of emergency departments (EDs) for an injury-related problem.

The researchers noted that their conclusions are based on an analysis of 2.5 years’ worth of patient-reported data linked to trauma treatment records from three Boston-area level 1 trauma centers participating in the Functional Outcomes and Recovery after Trauma (FORTE) project. Patients included in the study experienced moderate-to-severe trauma, as defined by an Injury Severity Score (ISS) of 9 or greater, and participated in phone interviews conducted 6 to 12 months after being discharged by the trauma center.

Other differences in the study’s patient’s populations also emerged, say the researchers.  Caucasian patients tended to be older, with a mean age of 65 compared with a mean age of 45 for African Americans. In addition, the Caucasian population reported a move even gender distribution (51 percent were male) compared with the African-American group (67 percent were male). Initially, researchers found differences in the discharge dispositions (home versus rehab facilities) among these groups, but those differences disappeared after adjusting for demographic and injury-related variables. Almost all participants had health insurance.

“Our results suggest that racial disparities exist in the post-discharge utilization of health care services, which we know affect long term functional outcomes after injury,” say the study’s author’s noting that while discharge dispensation may not differ between the groups, patients reporting as African American were less likely to actually receive the rehabilitation services. “These racial discrepancies in post-discharge health services utilization may contribute to worse long-term trauma outcomes,” they add.

The study’s authors also believe there are “likely many factors” that play a role in these differences, speculating that “unconscious provider bias, patient understanding, miscommunication, access to care, and evidence of mistrust toward medical providers” are at play.